Poetry at the Room presents

Nobel Peace Laureate and founder of The Green Belt Movement

Sponsored by Tottenham Trees with Kenyans in Diaspora.

With featured poets and an open mike. 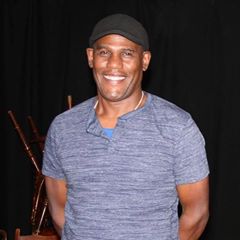 Abraham Gibson is a London based poet and spoken word artist, director and playwright. He has been a poet in residence at the London Transport museum and is currently co~facilitator of Tottenham’s friendly poetry group. He is poet/mentor with streetzahead Dance Theatre in Tottenham schools. He has performed widely in the UK including on BBC Radio Four, Soho Theatre, the Hackney Empire and the Bernie Grant art Theatre (As co Director,Writer and Actor). Abraham regularly brings performance poetry and drama to communities through workshops to a wide ranging audience including mainstream schools, libraries, prisons and senior citizens’ groups. His poetry performances are uniquely sensitive, intimate and theatrical. He has published a volume of poetry – Violently Tender 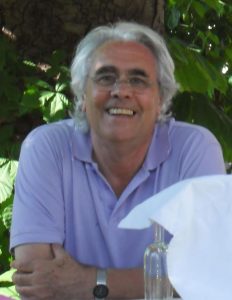 Peter Stickland has worked as a lecturer, architect and spatial designer. He has entertained myself as a writer, performer, installation artist, song writer and singer. 1974 – Architectural Association Diploma. 1975 – Joined ‘The Theatre of Mistakes.’ 1984 – 1992 – Spatial designer for museum interiors, historic refurbishments and numerous domestic refurbishments in London. 1992 – 2013 – Principal Lecturer – Chelsea College of Arts. 2014 – 2016 International Support Co-ordinator for Post Graduate students at Chelsea, Camberwell and Wimbledon colleges. 2017 – 2018 – Visiting tutor at China Academy of Art, Hangzhou. I have published novels, lyrical texts, poetry and books on the creative process. www.77books.co.uk or https://www.facebook.com/77books/ He now writes lyrics and sings. 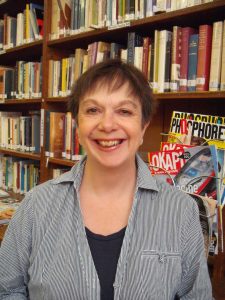 Hilary Davies has published four collections of poetry from Enitharmon: the latest, Exile and the Kingdom, was published in November 2016. She is also a translator, essayist and critic. Hilary has won an Eric Gregory award, been a Hawthornden Fellow, has served as Chairman of the Poetry Society of Great Britain and is a Fellow of the English Association.  From 2012 to 2016 she was a Royal Literary Fund Fellow at King’s College, London and in 2018-9 at the British Library. 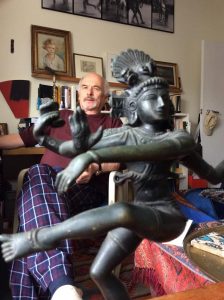 Anthony Howell is a poet and novelist whose first collection of poems, Inside the Castle was brought out in 1969. In 1986 his novel In the Company of Others was published by Marion Boyars. He has published twelve volumes of poetry, the latest is Songs of Realisation (The High Window Press). His Selected Poems came out from Anvil, and his Analysis of Performance Art is published by Routledge. He is a Hawthornden Fellow. His poems have appeared in The New Statesman, The Spectator and The Times Literary Supplement. In 1997 he was short-listed for a Paul Hamlyn Award. Plague Lands, his versions of the poems of Fawzi Karim were a Poetry Book Society Recommendation. He has recently published Consciousness (with Mutilation) – a novel – with the Fortnightly Review’s Odd Volumes and The Step is the Foot – an enquiry into the relationship between walking and poetry – with Grey Suit Editions 2019.